Danny was just a pup when he was dumped at the pound with an horrendous case of untreated Demodex or “puppy mange”.

This condition is caused by tiny, eight-legged mites that live in the hair follicles of dogs. Most likely, the mites were carried by Danny’s mother and invaded his soft skin soon after birth.

Danny’s little body was so badly affected by mange that we knew it would require a long and very costly course of treatment to give him any chance of a healthy new life.

ARK came to the rescue and Danny was immediately hospitalised. After a few days of critical care, he was discharged into the loving arms of his foster carer.

It was a long, hard road for a brave little dog and his determined carers, who nursed him over many, many months while he received the necessary veterinary treatment to eliminate the mites.

Eventually, Danny was declared “cured” and was adopted into a loving family just outside of Warwick.

The big, beautiful, healthy boy you see in the photo today bears no resemblance to the wretched little puppy that was dumped at the pound the year before. 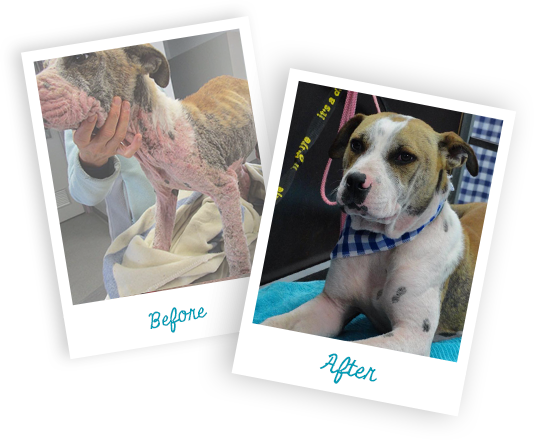