This is a story of survival against the odds. Early one morning, ARK was called to the pound to rescue a tiny, underweight puppy on his last legs.

The night before little Peekay had been dumped in a cold concrete drop box at the pound and was close to death.  He was found in the nick of time by a caring staff member.

We rushed him to the vet where he was immediately placed on a drip. In those first few hours and days, it was touch and go for Peekay. He was very ill, grossly undernourished and starving. To complicate matters further, he tested positive to Parvovirus.

We didn’t think Peekay had the strength to pull through, but he amazed us all. Following an extended stay in hospital, he was discharged into extra special foster care where his convalescence continued.

Not all ARK stories have a happy ending, but this one does. Peekay won the heart of the vet nurse who looked after him in hospital. She adopted him and now Peekay has the loving, caring forever home every dog deserves. 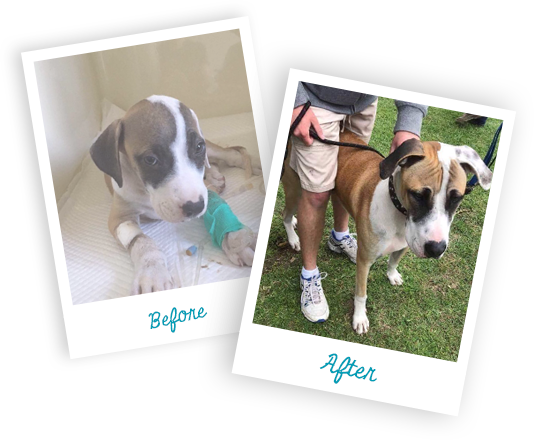